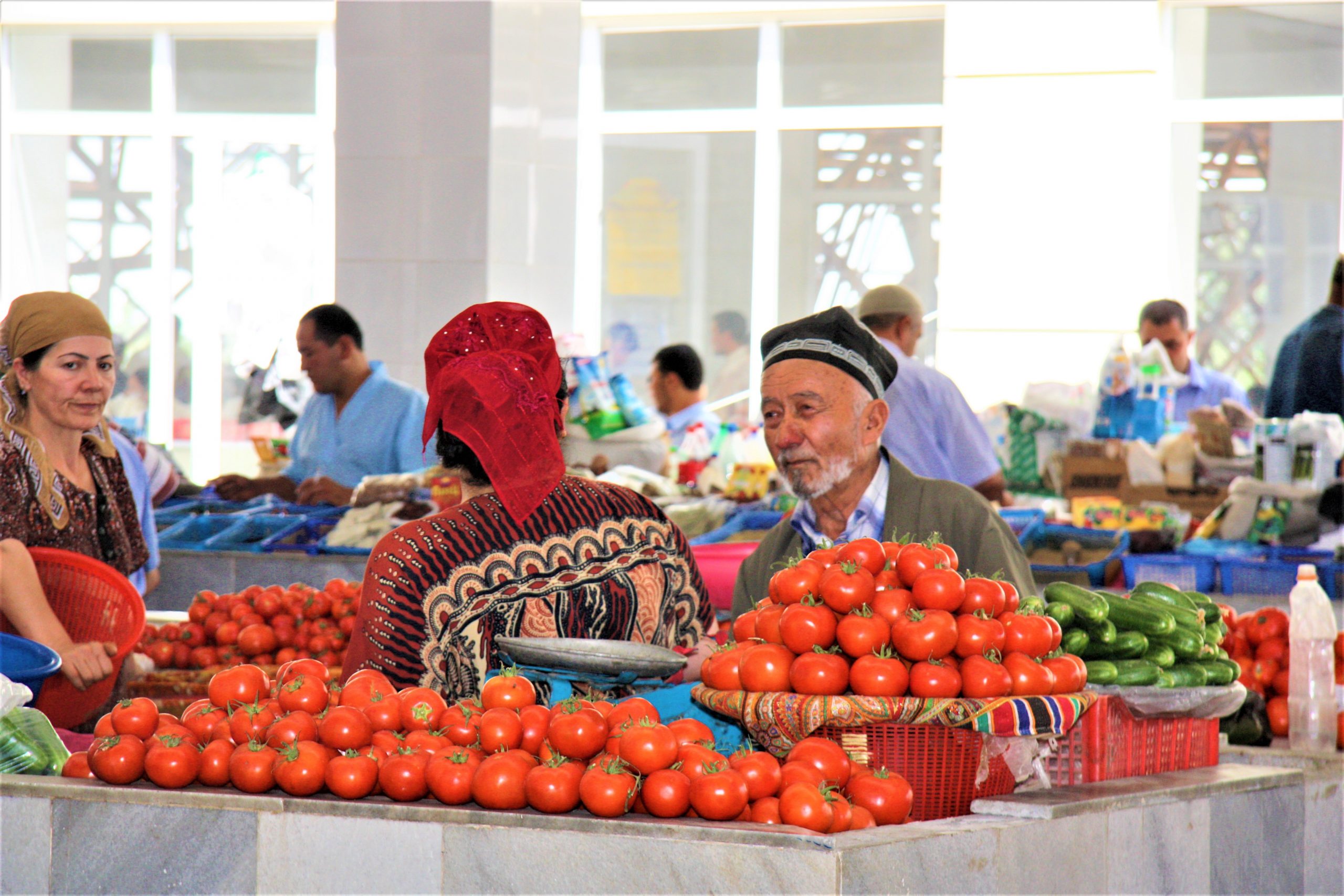 Upon arrival at Bishkek airport you will be met by our guide and transferred to your hotel.

In the morning drive to Issyk Kul Lake via Burana Tower (built in the10th century) in ancient Balasagun City. Visit Burana tower of Kharakhanids along with castles and mausoleums. Enjoy lunch while watching the Buzkashi (Horse game). Later continue driving to Cholpon-Ata. Enjoy the beautiful view of the Lake and mountains at the background. Overnight at hotel in Cholpon-Ata (BLD)

In the morning drive to Karakol, en-route we visit Chon Aksuu (Grigoryevka) gorge for an opportunity for a short hike and enjoy the beautiful scenery. Later return to Karakul.

Overnight at hotel in Karakol (BLD)

Half day sightseeing of Karakul; visiting the Russian Church (1885), Dungan mosque (1910) and the Museum and grave of Prjevalskiy, the Great Russian explorer of Asia. After lunch, we drive to theimpressive Djeti Oguz gorge, the Gorge of 7 Red Rocks and the the most beautiful gorge in Kyrgyzstan. Here there is the opportunity to to hike around the canyon or take an optional horse ride.

In the morning we drive to Chon-Kemin valley. Our first stop will be in Kyzyl-Tuu village where a member of a Kyrgyz family will show us how to make traditional yurt tents. Lunch at Yurt master’s family house. En-route,  we stop for an Eagle Hunting Show and continue onto Chon-Kemin. Upon arrival we explore the village. In the evening, experience true Kyrgyz hospitality with a traditional Vodka party dinner.

After breakfast drive to Almaty via Karasu (Black River) border point. Upon arrival check in hotel. Overnight at hotel in Almaty (BLD)

Today a city tour of Almaty visiting the Zenkov Cathedral (one of the world’s tallest all wood buildings) and the Central State Museum.  Ascend the Kok-Tube Mountain. Return to Almaty to visit the unique National Museum of Kazak Musical Instruments.

Overnight at hotel in Almaty (BLD)

Depending on the flight schedule, transfer to the airport for flight to Tashkent. Upon arrival at Tashkent you will be met by our local tour leader and transfer to your hotel.

Overnight at hotel in Tashkent (BD)

City tour of Tashkent includes visting Amir Timur Square, with its imposing statue of Uzbekistan’s post-Soviet hero, Tamerlane. Continue past Independence Square, the largest city square of the former Soviet Union. Visit the State Art Museum of Uzbekistan, largely formed from the collections of Prince Romanov and other private collectors, nationalized after the Bolshevik Revolution. Today the Museum houses an excellent collection of Uzbek and Russian painting, and also a fine collection of textiles, jewellery, wood carvings and ceramics.
Later visit the Old part of Tashkent. Drive to the restored Barak-Khan Complex, with striking blue tiled domes and decorative Iwans (entrance portals), built during the 16th century when the Shaybanid Dynasty (the Uzbeks) replaced the Timurid Dynasty. Visit the Hast Imam library to see an 8th century manuscript Quran written in the territory of modern Iraq in Kufic script. It is believed by local Uzbek Muslims to have belonged to the third Caliph, Uthman ibn Affan and is the oldest Quran in the world. Afternoon visiting to the Chorsu Bazaar, centre of daily life in the heart of old town. The Bazaar comprises a unique complex of trade halls crowned with interrelated domes. Everything from exotic dried fruits, fresh herbs, handmade cheese and freshly-killed meat to colourful handicrafts is for sale.Afterwards, explore the impressive Tashkent Metro, which opened in 1977 in honour of 60th anniversary of the USSR. Each station has its own unique architectural features made of semi-precious materials including marble, granite, glass, ceramics and carved alabaster.
You will also have a chance to visit to the Museum of Applied Arts, with its vast collection of Uzbek traditional crafts. The museum is housed in the former residence of Russian diplomat A. A. Polovtsev, which was built at the end of 19th century in the Uzbek national style. Overnight at hotel in Tashkent. (BD)

In the morning transfer to the Uzbek Tajik border at Oybek to Khujand. You will be met by our Tajikistan guide and drive to Khujand city, City tour of Khujand includes a visit to the ancient part of Timurmalik fortress, museum and Panjshanbe market, after lunch drive to Istrafshan and visit the well preserved old town of Istarafshan, a maze of small alleys that wind through neighborhoods of shady, mud walled Central Asian homesteads. Sights include the fifteenth century Kuk Gumbaz Mosque, the Hafz-i-Sangin Mosque and the eighteenth century Hazrat-i-Shah Mosque and mausoleum complex. Continue driving to Penjikent. Overnight at  hotel in Penjikent. (BD)

In the morning we drive to visit the Seven Lakes (80 km) through the settlement of Sarazm the UNESCO World Heritage site. Seven lakes of Marguzor is located in the west of Fan Mountains; each of them has its own colour which varies from calming turquoise to mesmerizing purple. Today you will have a chance to hike around the Mountain, after picnic lunch return to Penjikent. Afternoon visit Penjikent museum, local market.  Overnight at hotel in Penjikent. (BD)

In the morning transfer to Penjikent border crossing, after border formalities meet your Uzbekistan guide and drive to Samarkand for a half day city tour. For most people Samarkand is as mythical as Atlantis or as remote and legendary as Timbouctou. The sublime larger-than-life monuments of Timur, the technicolour bazaar and the city’s long, rich history work a special kind of magic. On arrival we’ll visit the old bazaars for which this exotic city is famous for. Overnight at hotel in Samarkand. (BD)

Samarkand, sometimes called the ‘Rome of the Orient’ was already flourishing when Rome and Babylon were founded. During the course of our full day tour we visit the famous Registan Square, Bibi Khanum Mosque, Mausoleum of Tamerlane and the Observatory of Ulughbek; the site where Uleg Bek, grandson of Tamerlane, made some of the greatest achievements of the pre-telescope era of astronomy in the 15th century. We also visit the regal mausoleums of Shah-I Zinda, site of Central Asia’s most sacred Islamic shrine, the massive mosque of Bibi Khanym, and the adjacent colourful market. You can purchase Samarkand’s famous bread which Alexander the Great unsuccessfully tried to have duplicated back home in Greece, or try some of the region’s local produce, from grapes to the world’s tastiest melons of multiple varieties. Our afternoon tour covers the Afrosiab Museum, located on the site of ancient.

Overnight at hotel in Samarkand. (BD)

Travel to Bukhara via Shakrisabz, the birthplace of Tamerlane. We visit Tamerlane’s palace Ak Sarai, the Kok Gumbaz mosque, Mausoleum of Jehangir (Tamerlane’s grandson) and Tamerlane’s Mausoleum. Bukhara is one of the centere of the Russian/British Intelligence Services in the 19th Century.

Overnight at hotel in Bukhara. (BD)

Today we explore the old quarter on foot. Bukhara is an ancient city with its bustling “trade domes,” active mosques, and the Kalyan Minaret (“tower of death”), one of Central Asia’s tallest. We’ll stroll around the streets and visit the old town center where old men with long white beards gossip for hours while drinking tea. Bukhara has been designated a World Heritage Site; the resulting restoration of some of the mosques, constructed in the 11th to 15th centuries, to make them appear as if they were built yesterday. There are even some structures still standing that date back to Zorastrian times 2,500 years ago.

We also visit The Ark, a large fortress with the Emir’s open-air throne room and the Mausoleum of Ismail Samani, an intricate and beautiful 10th century brick structure that is nicely preserved. We’ll also venture to the outskirts of Bukhara and visit the summer palace of the last emir, built by a Russian Czar with grand halls and a harem. We will also see Char Minar, a gate of an ancient madrassa long time gone. It was built in 1809 and has more in common with Indian art styles than local.

Overnight at hotel in Bukhara. (BD)

In the morning drive to Khiva, later half day city tour of Khiva

Overnight at hotel in Khiva. (BD)

Legend has it that Khiva was founded when Shem, son of Noah, discovered a well here. The town certainly existed by the 8th Century, as a minor fort and trading post on a Silk Road branch to the Caspian Sea and the Volga. In the early 16th century, Khiva was made capital of the Timurid Empire, becoming a busy slave market and pivot of the khanate for the next three centuries. Until Russia finally wrested the region from Timurid grasp in the 19th century, even the boldest hearts feared encounters with these fierce tribesmen and their desert territory. Khiva is an ancient walled city and looks much like it did in centuries past. It is one of the few sites in Central Asia where one can easily imagine life during the time of the emirates. We will spend the morning wandering its maze of ruins and great mosques. Later, a tour of this living museum including the Ichon-Qala gates, Muhammad Amin and Rakhim Khan’s Medressas, Tosh-Khovli Palace, Islom-Huja Medressa and Minaret. Dinner will be served at Toza Bogh Palace (Summer residence of Muhammad Rahim Khan II).

Overnight at hotel in Khiva. (BD)

In the morning drive to Kunya Urgench through the Kara Kum Desert to the ruins of ancient capital. We cross the border at Dashoguz and continue driving to Kunya Urgench. We visit the Kunya Urgench historical site, where the mausoleums of Turebek-Khanym, Sultan Tekesh, Sultan Il Arslan, Najmad-din-Kubra and Sultan Ali are located. Discover the Kutlug Timur Minaret & Kyrk Molla. Later in the afternoon we drive to Darvaza flaming Gas Crater or the ‘mouth of hell’.En-route we visit a Nomad village located in the Karakum desert. Enjoy the amazing views with picnic dinner. Overnight in a basic camp near the Darvaza crater. We will be providing sleeping bags and mattresses. (BLD)

In the morning drive to Ashgabad, check in to your hotel, later drive to visit Nissa fortress -the Sanctuary of Parthian Kings.  UNESCO declared fortress a World Heritage Site in 2007. Nissa described as one of the first capitals of the Parthians. It was founded by Arsaces I (reigned c. 250 BC – 211BC), and reputedly the royal necropolis of the Parthian Kings, although it has neither been established that the fortress at Nissa was a royal residence or a mausoleum. The ruins of ancient settlement Nissa are located 18 km from Ashgabat at Bagyr village

Overnight at hotel in Ashgabad. (BLD)

In the morning visit Tolkuchka Bazaar visit the Spiritual Mosque of Turkmenbashi, later drive to Gokdepe fortress and horse farm. Gokdepe fortress that was attacked in December 1880 by 6,000 Russians under General Mikhail Skobelev against 25,000 defenders. Gokdepe Mosque was built to commemorate the defeat and is noted for its mint-turquoise blue colored roof and white marble structure.

Overnight at hotel in Ashgabad. (BLD)

Notes will be coming soon.
For larger view please click on the right top corner block..

• All domestic transportation and transfers, domestic flights mentioned in the itinerary.
• Twin sharing accommodation at hotel mentioned above
• Meals For included meals please see the key above (B) Breakfast (L) Lunches (D) Dinners
• All the sightseeing tours as described in the itinerary and entrance fees
• English speaking local guides
• Visa letter support

• Visa Fees.
• Expenses in hotels such as laundry, telephone and room service, etc.
• Optional activities
• Meals not mention above
• Personal expanses
• Single supplements
• Tips for Guides and drivers
• Early Check in and late Checkout at hotel
• Photography and Video fees