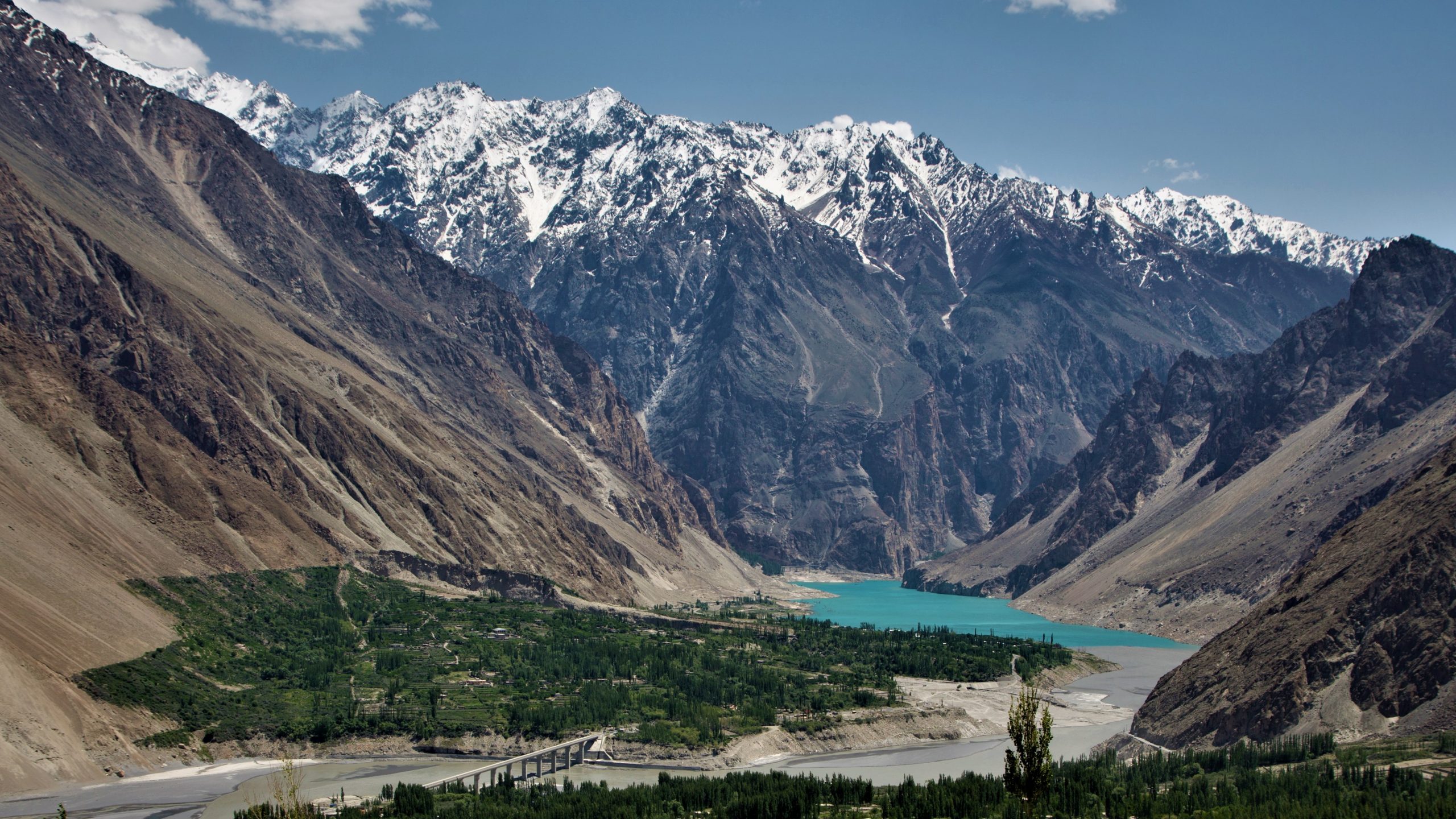 On arrival at Islamabad International airport, you will be greeted by our guide later transfer to your hotel. In the afternoon city tour of Islamabad followed by the Damn-E-Koh (view point), which gives us a panoramic view of Islamabad before driving past various modern streets and buildings graceful with a touch of Islamic Architecture & Folk Heritage Museum. Our tour culminates at one of the world’s largest mosque – Shah Faisal Mosque. Overnight in Hunza Embassy Lodge (BD)

In the morning we drive to Naran en-route we will stop at Taxila, Taxila has a well-planned museum and many historic sites of the Gandharan Buddhist civilization. The area flourished from the Sixth Century B.C until the Fifth Century A.D.Later drive to Naran.
Overnight in PTDC Motel (BD)

Today we drive through the scenic route over Babusar pass to Chilas, where we join the Karakorum highway later continue driving to Raikot bridge where we change into 4×4 wheel drives and carry on driving to Tato. From there we will start short trek to the lush green area of Fairy Meadows. Overnight in Huts at Fairy Meadow (BD)

Today we have an opportunity to hike through the pine forest toward Bayal base camp or you can just relax at Fair Meadow and enjoy the beautiful view of Nanga Parbat mountain rage.Overnight in Huts at Fairy Meadow (BD)

In the morning return down to the Karakorum highway and carry on driving to Gilgit. Gilgit the administrative capital of Gilgit Baltistan. Here the world’s three mightiest mountain ranges: the Karakoram, the Hindu Kush and the Himalayas meet. The whole of Gilgit Baltistan is like a paradise for mountaineers, trekkers and adventure lovers. The region has a rich cultural heritage and variety of rare fauna and flora. Historically, the area have remained a flash point of political and military rivalries amongst the Russian, British and Chinese empires. Immediately after the end of British rule in the sub-continent in 1947, the people of this region decided to join Pakistan through a popular local revolt against the government of Maharaja of Kashmir. After lunch visit the Kargah Buddha carved on the rock dated from 7th century AD.Later continue along the Karakorum highway toward Hunza, en-route we will stop at Raka Poshi Peak (7788m) viewpoint, with a stunning view of the Mountain while enjoying your tea stop.
Later proceed to Duiker village which is just above Karimabad village with a stunning view over Karimabad and surrounding peaks
Overnight in Eagles Nest hotel (BD)

In the morning and enjoy the stunning sunrise over the snow-capped mountains of Ultar (7388m), Rakaposhi (7788m) and Diran (7266m).. Later in the afternoon drive down to Karimabad en-route visit Altit village.
Later visit Baltit Fort which is 700 years, but there have been rebuilds and alterations over the centuries. In the 16th century the Mir (King) married a princess from Baltistan who brought master Balti craftsmen to renovate the building as part of her dowry. The architectural style is a clear indication of Tibetan influence in Baltistan at the time. The rest of the day is free time at leisure for shopping.
Overnight in Hill Top Hotel (BD)

In the morning we drive to Gulmit, en-route we do a site trip to Hoper Nagar valley, which can be seen from Duiker is on the opposite, eastern side of the Hunza River. This is another fertile valley and is predominantly Shia Muslim. This is one of the world’s fastest-moving glaciers at Hoper. Later drive to Atta Abad Lake where we board on local boats to Gulmit.
In the afternoon visit around the village meet the locals and learn about their cultures. Overnight in Marco Polo Inn (BD)

In the morning visit around Gulmit village; visit the local community school, an old house later drive to Ghulkin village if you are energetic walk through the Ghulking glacier to Borith Lake.
Overnight in Borith Lake Guest House (BD)

Morning enjoying the beautiful scenery. After lunch for those of you who are energetic, we will hike to the Passu glacier. Later continue driving to Passu village. In the afternoon walk around Passu village,in the evening you will be invited to a local family for dinner.
Overnight in Ambassador Hotel (BD)

Today drive to Sost, After border formalities, we will drive by private transport to Tashkurgan where you will meet our Chinese guide and transferred to you hotel. Overnight in Kay 2 Hotel (BD)

In the morning, we visit Tashkurgan Fort, dating back from the 14th century. You can enjoy an impressive view of the surrounding fields, mountains, and military complexes from the old walls. Afterwards, we continue driving to Kashgar. The scenery along the way is breathtaking. We will be stopping at the Karakul Lake where you can enjoy the view of Muztagh-ata Mountains. Optional camel ride or walk around the Lake. Later continue to Kashgar. Overnight in Jinjiang Yue Xin Hotel (BD)

All private transfers by Cars, Van, Busses depend on the group
Twin sharing accommodation at hotels mentioned above with private facilities
Meals For included meals please see the Key above: Key (B) Breakfast (D) Dinner
All the sightseeing tours as described in the itinerary and entrance fees
Fully escorted by an experienced local English speaking guides in each country
Visa support letters if required