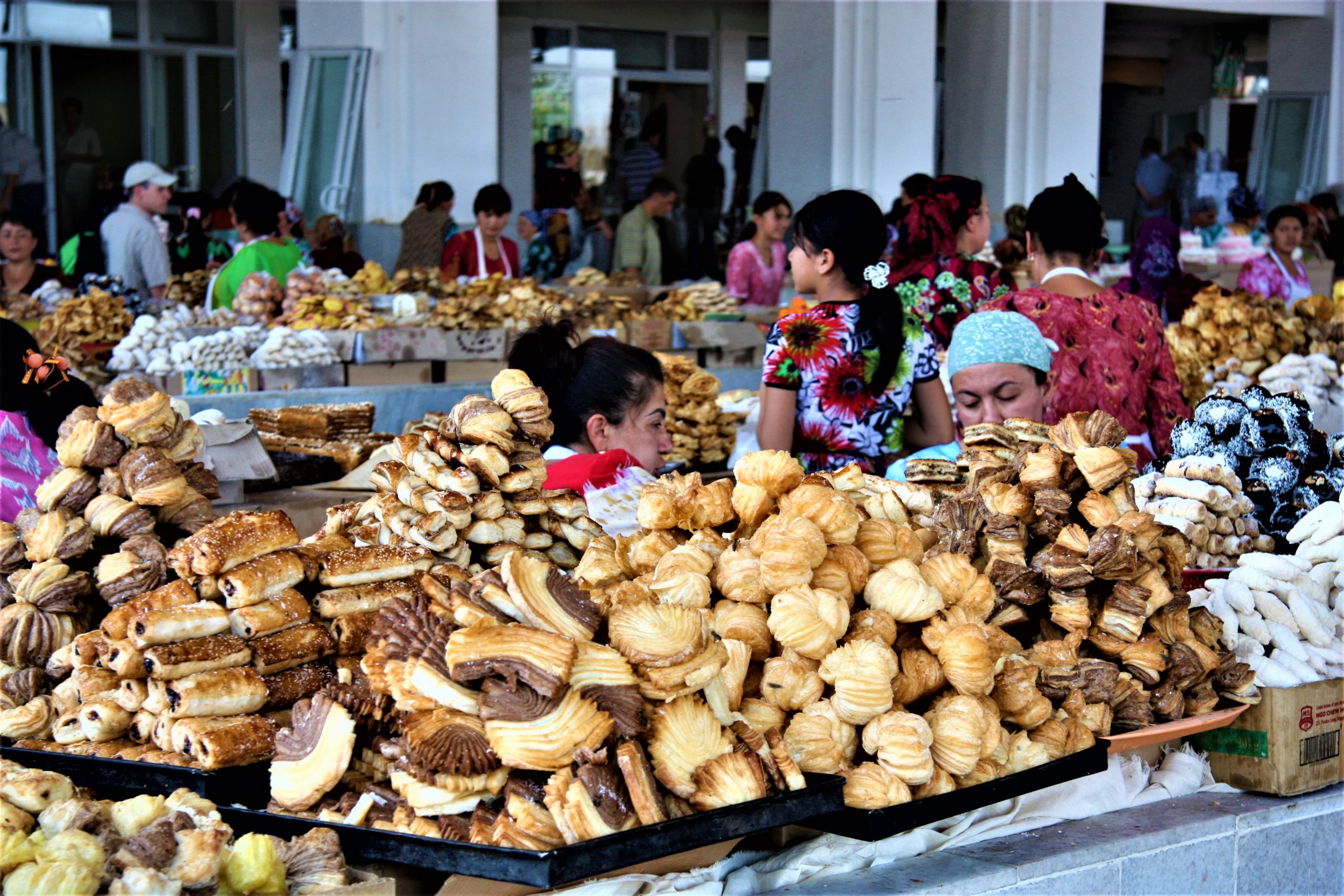 Upon arrival at Tashkent international airport you will be met by our guide and transferred to your hotel, the rest of the day is free at Leisure. Overnight in Tashkent Hotel (D)

Depending on the flight schedule transfer to the airport for flight to Nukus.  Afternoon visit State Art Museum of Savitsky which was named after I.V Savitsky. It hosts the world’s second largest collection of Russian avant-garde art and one of the largest collections of applied art of Central Asia Overnight in the hotel (BD)

In the morning we drive to former fishermen’s village Muynak. Muynak used to be the city that once supplied fish product to all Central Asia and was located on the shore of the Aral Sea. Now it is deserted and Aral Sea shores are about 150km away.  After visiting the ship Cemeterye it reminds that Muynak was one of the biggest ports in Uzbekistan and that people traveled to and from here by river. After lunch we return to Nukus.
Overnight in Hotel (BD)

Today we drive through a barren desert area littered with the ruins of ancient fortresses and cities long abandoned. En-route we stop at Shylpyk Kala, a Zoroastrian ‘Tower of Silence’, the ruins of the royal fortress of Toprak Kala, one of the best preserved citadels in the region, and another fortress Ayaz Kala built during 4th or beginning of the 3rd cent. BC during the time Khorezm had become independent from Persia. Later continue driving to Khiva City.
Overnight in Hotel (BD)

Legend has it that Khiva was founded when Shem, son of Noah, discovered a well here. The town certainly existed by the 8th Century, as a minor fort and trading post on a Silk Road branch to the Caspian Sea and the Volga. In the early 16th century, Khiva was made capital of the Timurid Empire, becoming a busy slave market and pivot of the khanate for the next three centuries. Until Russia finally wrested the region from Timurid grasp in the 19th century, even the boldest hearts feared encounters with these fierce tribesmen and their desert territory. Khiva is an ancient walled city and looks much like it did in centuries past. It is one of the few sites in Central Asia where one can easily imagine life during the time of the emirates. We will spend the morning wandering its maze of ruins and great mosques. Later, a tour of this living museum including the Ichon-Qala gates, Muhammad Amin and Rakhim Khan’s Medressas, Tosh-Khovli Palace, Islom-Huja Medressa and Minaret. Dinner will be served at Toza Bogh Palace (Summer residence of Muhammad Rahim Khan II).
Overnight in Khiva at hotel (BD)

Our drive to Bukhara is through the arid setting of the Kyzyl Kum Desert. Along the way we stop for some refreshments and see how humans have survived over the centuries in this unforgiving landscape. With buildings spanning 1,000 years of history and a thoroughly lived-in city centre that hasn’t changed much in two centuries, Bukhara is one of the best places in Central Asia to catch a glimpse of pre-Russian Turkestan. Most of the city centre is an architectural preserve and includes a massive royal fortress, plenty of former Madrassas, a number of ancient public baths and the remnants of a once-vast market complex. There are over 140 protected buildings in the city.
Overnight in Hotel (BD)

Today we explore the old quarter on foot. Bukhara is an ancient city with its bustling “trade domes,” active mosques, and the Kalyan Minaret (“tower of death”), one of Central Asia’s tallest. We’ll stroll around the streets and visit the old town center where old men with long white beards gossip for hours while drinking tea. Bukhara has been designated a World Heritage Site; the resulting restoration of some of the mosques, constructed in the 11th to 15th centuries, to make them appear as if they were built yesterday. There are even some structures still standing that date back to Zorastrian times 2,500 years ago.
We also visit the massive fortress, The Ark, with the Emir’s open-air throne room and the Mausoleum of Ismail Samani, an intricate and beautiful 10th century brick structure that is nicely preserved. Our tour of the Uzbek capital includes the Barak Khan Seminary, Kukeldash and Abul Khassim Medressas, and the Uzbek Museum of Applied Arts. We’ll also venture to the outskirts of Bukhara and visit the summer palace of the last emir, built by a Russian Czar with grand halls and a harem. We will also see Char Minar, a gate of a ancient madrassa long time gone. It was built in 1809 and has more in common with Indian art styles than local. Its name comes from Tajik although the towers you can see are not actually minarets but simply decorative towers.
Overnight in Hotel (BD)

Full free day at leisure to explore the old city on your own.
Overnight in Hotel (BD)

We depart early for Shakhrisabz, the birthplace of Tamerlane, where we tour Ak-Saray Palace, Kok-Gumbaz Mosque, House of Meditation and the Crypt of Timur, a man who changed the course of history and made a signfigant difference to Central Asia. There’s little left of Timur’s Ak-Saray Palace except bits of the gigantic, 40 m (98 foot) high entrance covered with gorgeous filigree like blue, white and gold mosaics, but it’s staggering to try and imagine what the rest of this glorious summer palace must have looked like. We continue later to Samarkand. For most people, Samarkand is as mythical as Atlantis or as remote and legendary as Tombouctou. The sublime larger-than-life monuments of Timur, the technicolour bazaar and the city’s long, rich history work a special kind of magic. On arrival we’ll visit the old bazaars for which this exotic city is famous.
Overnight in Hotel (BD)

Samarkand, sometimes called the ‘Rome of the Orient’ was already flourishing when Rome and Babylon were founded. During the course of our full day tour we visit the famous Registan Square, Bibi Khanum Mosque, Mausoleum of Tamerlane, Observatory of Ulughbek, the site where Uleg Bek, grandson of Tamerlane, made some of the greatest achievements of the pre-telescope era of astronomy in the 15th century. We also visit the regal mausoleums of Shah-I Zinda, site of Central Asia’s most sacred Islamic shrine, the massive mosque of Bibi Khanym, and the adjacent colourful market. You can purchase Samarkand’s famous bread which Alexander the Great unsuccessfully tried to have duplicated back home in Greece, or try some of the region’s local produce, from grapes to the world’s tastiest melons of multiple varieties. Our afternoon tour covers the Afrosiab Museum, located on the site of ancient Afrosiab.
Overnight in Hotel (BD)

In the morning transfer to the train station for express train journey to Tashkent.
Upon arrival transfer to your hotel. Later we continue on a city tour of Tashkent visiting mosques and madrassas (Islamic schools) housing craft workshops and dating from the 14th century. We visit the Kukeldash Medressa, a grand 16th century academy undergoing restoration and the History Museum of Uzbekistan and the Museum of Fine Arts. Later visit Tashkent Metro stations.
Overnight at hotel in Tashkent (BD)

This morning we depart early to drive to Ferghana Valley. A scenic drive through the Mountainous Kamchik Pass . Ferghana city is the administrative centre of Ferghana Region and an important industrial centre of Uzbekistan. On the way sightseeing Kokand and we visit Khudoyar Khan Palace, Narbutabey Madrasah, Madari Khan Mausoleum and Dakhma-i-Shokhon (Grave of the Kings). We also visit Rishtan private ceramic factory. Overnight at hotel in Fergana valley. (BD)

In the morning we drive to Margilan and along the road you will start to notice the mulberry trees that are essential to the silk production in this area of Uzbekistan. We visit the famous Yodgarlik Silk factory and silk IKAT weaving Centre and observe young apprentices make the beautiful bold patterned silk Ikat that this region is famous for. Original handmade methods of silk production have remained. Everything is done in the traditional manner. The weavers from Margilan make semi-silk adras, plain silk shoi, and famous worldwide khan-atlas: blazing with all the colours of rainbow, or exquisite black and white pattern with shining veins of blue or green silk fabric manufactured here is considered as one of the best in Central Asia. We also visit the Margilan Craft Centre, supported by UNESCO and housed in a historic Madrassah. Of special interest here is the velvet ikat weaving workshop, famous for supplying Rasuljons fabrics to Oscar de La Renta. After the workshop we proceed to a hand block printer’s workshop. Salijon Ahmadaliev works with natural (and some chemical) dyes to produce the traditional woodblock printed cloths that you will see all over this. After lunch, we drive to Andijan and visit a local craft centre with a number of workshops. Return to Tashkent, en route we stop at Chust, famous area of knife makers in Uzbekistan. Evening Farewell dinner in a local restaurant. Overnight at hotel in Tashkent. (BD)

Our Service will end with airport transfer (B)

• All domestic transportation and transfers by AC Cars, bus depending on the group size, domestic economy class airfare Tashkent Nukus one way.
• Twin sharing accommodation at hotel mentioned above with private faciltities
• Meals Breakfasts and Dinners, Key (B) Breakfast (D) Dinners
• All the sightseeing tours as described in the itinerary and entrance fees
• Fully escorted by our experienced English speaking local guide
• Visa support letter if required